Banks is a graduate of the California Lutheran Bible School,1961-1963, and has degrees from the University of

Minnesota (1963-1965), where he served as the president of the Student Council. He has a BA from Seattle Pacific University (1967) and his Post Graduate work at Pepperdine University.

His past experience includes service as the Executive Director of the Clyde Park District and working as a Business License Inspector for the Town Of Cicero.

An avid sports fan and coach, he has served as manager of the Cicero American Legion Baseball, coached Little League South Cicero Baseball and Our Lady Of Charity Basketball team.

Banks is married to Susan, and they have five children and seven grandchildren. 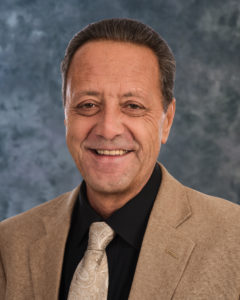 Robert F. “Bob” Porod was born and raised in the Town of Cicero. He graduated from Our Lady of Charity (OLC) grade school, Morton High School 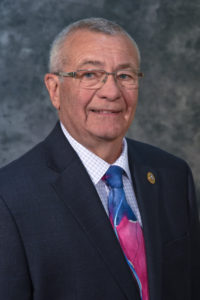 and Morton Junior College, before receiving his B.S. in Mechanical Analysis and Design Engineering from the University of Illinois. He is an active registered professional engineer in Illinois and Michigan. Bob has been married to his wife, Jan, for over 48 years and have three children and four grandchildren.