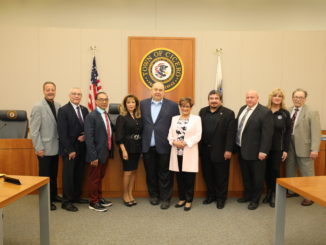 Cicero names Blanca Vargas to Board of Trustees Town President Larry Dominick on Tuesday (March 22, 20220) named Blanca Vargas to fill the vacancy on the board of Trustees created by the passing on January 7 of former Trustee Larry Banks. Vargas is the third Latina to serve as a Trustee. The first was Josephine Herrera and then Maria Punzo-Arias who was appointed the first Latina Town Clerk in 2011. Joined by her two daughters [Learn More]