A new study released by Cook County Treasurer Maria Pappas shows that the Town of Cicero has had the lowest increase in taxes over the past 20 years than almost every other suburb in Cook County and including Chicago.

The data compiled by the County Treasurer’s office shows that of 35 surrounding suburban communities, Cicero’s taxes increased only half as much as the average of all of the nearby suburbs. Cicero’s taxes increased only 59 percent during the study of the various suburban and Chicago data, and was significantly below the average hike during the past years years which is 95.4 percent. 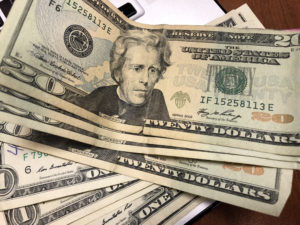 A closer examination also shows that the majority of the 59 percent increase in taxes in Cicero over the past 20 years occurred prior to 2005 when Larry Dominick was elected Town President and imposed a policy to hold the line on property tax hikes.

“The people of Cicero don’t need a study to know that taxes in Cicero have remained consistently low compared to other communities,” said Town President Larry Dominick.

“The majority of the increase during the past 20 years examined by the Cook County Treasurer came during the term of my predecessor prior to my election in 2005. Since then, we have managed to hold the line on taxes while at the same time increasing services, police protection, firefighter response and other services provided by our departments, including Senior Services.”

Dominick noted that in the past 15 years, crime has dropped significantly in the Town of Cicero “without having to raise taxes.”

“When I came to office, we had an average of 17 street gang related killings every year. Now through better management of our police resources, a stronger public stand against street gangs and graffiti, and programs that have brought our community, parents, families and students together, we only see one or two killings a year. I won’t be satisfied in this fight against crime and my commitment to make Cicero even safer until we have no killings. Every life is important.”

During this period of lowest tax increases of almost every suburb and municipality in Cook County Dominick’s policies have also attracted more businesses to the community.

“We have seen a significant increase in attracting businesses to the Town of Cicero because of the many policies that President Dominick has brought to our community,” said Cicero Assessor Emilio Cundari who works with residents and homeowners on their property taxes.

“These new businesses have created new jobs. New sales tax revenues to shore up our services. Created an atmosphere or a stronger economic environment for our community, which in turn has resulted in stronger confidence in our community.”

Dominick said that he will continue to demand the most services out of public employees and maintain the extension programs and services without relying on property tax hikes like other communities are doing.

“We all know that government can only operate through taxes. But those tax increases should only be in direct response to serious need,” Dominick said.

“In our community, raising taxes clearly has been a last resort in the Town of Cicero and avoiding tax increases has come about by achieving service expansion through improved efficiencies.”

Cundari said residents who have questions about their property taxes can contact his office which also helps complete forms that may be required by the county. He urged seniors especially to ensure that they are receiving all of the property tax exemptions that they have earned.

The study is available online at www.CookCountyTreasurer.com.