Morton College, Illinois’ second-oldest community college college, announced a two-story addition to its campus, the first one since the school opened in 1975. It is scheduled to be opened on time in the Fall of 2016. The project was initiated in September 2013 to create a ten-room, two-story classroom addition to the Cicero, Illinois, campus. The new building has been funded largely through a grant from the Illinois Jobs Now! program, and donations from Morton College alumni and supporters.

The approximately 15,000 square-foot facility will consist of five Learning Studios, an Allied Health Classroom for early childhood education, two adult-education classrooms, a student lounge space and a conference space. As part of the addition, Morton College continues to ensure an environmentally-friendly project and operation afterwards through its efforts to achieve a Leadership in Energy and Environmental Design certification. The Learning Studios will provide faculty and students with a chance to experiment with flexibility in space and technology to increase student engagement and success, a project that has seen much success throughout other colleges and universities in the United States.

“We are excited to bring this new addition to campus in our continued effort to bring the latest educational tools to our students,” said Tony Martinucci, Morton College Board President. “Students will thrive in the new creative and dynamic learning spaces.”

Morton College’s district has the highest proportion of Latino and Hispanic communities of any community college east of the Mississippi and the investments in the new classrooms will help meet the needs of current and future students in the area, Martinucci said.

The expansion is part of a campaign to update the community college’s campus with the latest technology and learning tools available for higher education. This includes the renovated library reopening in 2005 with triple the number of computers, Wi-Fi access, group study rooms and a cyber café similar to what is available at many campuses nationwide. The college has also installed new science and computer laboratories to provide the newest research tools for approximately 5,000 students. There has also been a new Student Success Center installed on campus, providing tutoring, placement testing and career assistance since 2007. 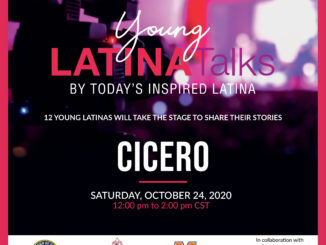