Officials of the Berwyn Cicero Masons on Tuesday, August 9, 2022 presented Town President Larry Dominick with an award recognizing his work in improving the safety and services in the Town of Cicero.

Dominick, who was elected Town President in 2005, was credited with bringing improvements to the everyday lives of the town’s residents, homeowners, families, seniors and businesses.

“You have done so much for the community for the continued services for the welfare of our community.”

Dominick said he was humbled but noted that he works in conjunction with all of the members of the Town of Cicero Board of Trustees and said they also deserve much of the credit and praise.

“I couldn’t do it without the help of everyone on this board,” President Dominick said in accepting the award.

“I want to thank the Town Board because we work as a good team, although I get the accolades, the board deserves it too. We do it together.”

“The Community Awards have been given in the past to outstanding leaders like President Dominick and to citizens who have gone up and beyond the call of duty for their citizens,” said Community Awards Chairman Jose Villarreal. 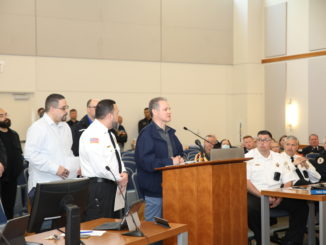 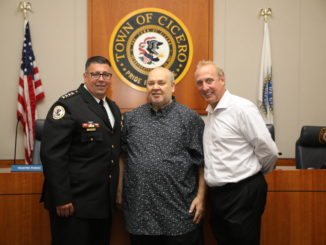