View video of the press conference and photos below

Cook County Board President Toni Preckwinkle traveled to the Town of Cicero Monday to announce that the Town’s COVID vaccination efforts have exceeded a 70 percent vaccination rate for the community.

Town President Larry Dominick thanked Preckwinkle for the support that Cicero has received from Cook County that provided support to the Town’s Health Department which has been working non-stop to vaccinate members of the public.

“The Cicero Health Department under Commissioner Sue Grazzini is dedicated to ensuring that every resident of the Town of Cicero be vaccinated and receive medical attention during this pandemic. The Health Department staff has been working with Commissioner Grazzini tirelessly, every day, to make the vaccines available to every citizen, again thanks to support from President Preckwinkle,” President Dominick said in a statement at the press conference.

“We are very proud that we have reached the 70 percent threshold for vaccinations … it has been a steady climb upwards … and we won’t stop until we reach 100 percent and our residents are safe and secure.”

Dominick said that the Town and Health Department will not stop until everyone is vaccinated and he urged anyone who has not received the COVID vaccinations to do so immediately. He also thanked several community groups including Community Health Navigators, Family Focus staff and Erie House staff, along with Cicero’s Clergy Committee, and local schools including Elementary School District 99 and Morton High School District 201.

Preckwinkle said that the rate reflects the hard work of all local government officials, both of which have large Hispanic populations, gives hope to communities like Cicero and Berwyn that they can overcome this pandemic.

“It goes without saying that this pandemic has been difficult on all of us and now we are entering our third year. It can be easy to feel discouraged. Certainly, for the folks on the ground, the work of vaccinating our residents is an enormous task,” Preckwinkle said.

“We can officially say that Cicero and Berwyn have both surpassed 70 percent vaccination rates throughout their communities. This is quite a milestone. We should not the 70 percent figure counts all residents including young children not ready to get the vaccine and this is a significant milestone.”

“Having a 70 percent vaccination rate is worthy of some cheering,” Newman said noting that healthcare is a national priority.

“We have gone from a zero vaccination rate to 70 percent inside of 10 and one half months.”

Newman noted that 233 Americans who have received at least one dose calling it “remarkable in that amount of time.”

Zalewski praised the efforts of both Cicero and Berwyn.

“Congratulations to the leadership of Berwyn and Cicero and the Cook County Department of Health and President Preckwinkle and her team. We are here today because of the collaboration between Cook County and local governments where strong leadership inspires strong results,” Zalewski said.

Hernandez added, “Seventy percent. That says it. It is very telling of the type of partnership that is occurring in the community and we must continue doing that because it is not over. … I want to praise President Dominick for his great efforts, and also Berwyn Mayor Lovero.”

Aguilar said that success starts at the local level.

Clerk Maria Punzo-Arias called it a “wonderful day for the residents of Cicero and Berwyn” and praised the efforts of the Cicero Health Department and its staff for their efforts.

“None of this would have been possible without the support of our state officials, Cook County President Toni Preckwinkle. I strongly believe in teamwork. Part of the success in Cicero is that we reached out not only to the Clergy Committee and a lot of not-for-profits that helped spread the word, but I think our Health Director Sue Grazzini did a marvelous job here and making sure she had proper staff to get this job done.”

Lovero credited the health departments of both Berwyn and Cicero and the cooperation they received from the state and also from the county.

Rocha said that Cook County Health has administered 118,000 vaccine doses. More than 58,000 doses have been administered out of our clinics in Morton East and North Riverside. Those numbers of the successes of the vaccine sites are a testament to both the tireless work of so many people here today.”

Grazzini noted that the 71percent rate is a continually growing rate and will continue to rise as others get vaccinated.

To watch a video of the press conference, click here, or use the widget below. 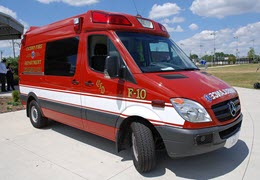 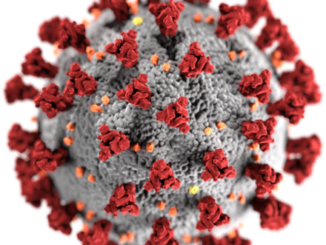 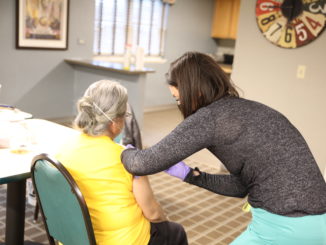