Town President Larry Dominick and Cicero Fire Chief Dominick Buscemi honored the firefighters who successfully put out a fire that severely damaged a large apartment building at 1637 50th Court in August, saving the lives of dozens of residents and their pets.

Buscemi presented the Life Saving Award to the crew of Fire Truck No. 2, including Lt. John Sochacki, Engineer Ken Pereyra and firefighter Joe Vertin during the town’s board meeting held on Tuesday Sept. 25.

Arriving at the fire scene, firefighters reported heavy smoke and large flames billowing from the three-story building. Building residents outside reported to fire officials that others were still inside some of the 20 apartment units, along with several pets.

“Because of the actions and bravery of these firefighters, many lives were saved and the fire was extinguished, saving the building itself,” Buscemi said. He added that to save an apartment building of that size requires preventing the fire from reaching the building’s roof.

“It was very dramatic,” he said. “The firefighters were able to stop the fire from reaching the roof. All of the residents were safely evacuated. What could have been a very tragic event with lives being lost and the building being completely destroyed was prevented and saved by the fast action and professionalism of all of the members of the Cicero Fire Department who responded to the fire.”

Buscemi said firefighters constantly searched for any indication of people still inside the building. During the fire, Sochacki noticed the face of a male resident peering through a window on the third floor that was blanketed by smoke.

“Lt. Sochacki told the crew of Truck 2 that they were going to get the man out and search for any other individuals who might be in the building,” Buscemi said.

Buscemi said that firefighters had to climb the stairs in the fire-consumed building and make their way up the three flights to find the man, bringing him out safely. At the same time, they heard the screams from a female resident in another unit.

“Lt. Sochacki was able to find the woman and bring her down to the first floor out of the fire and smoke only to learn that her husband was still upstairs. Sochacki went back into the building and found the husband and brought him out too,” Buscemi said.

President Dominick praised the firefighters. “I have always said that the Town of Cicero has the best fire department and the best police department. They are highly trained, they are smart, and they are brave.” 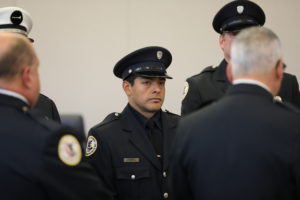 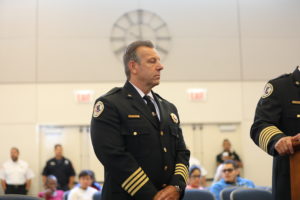 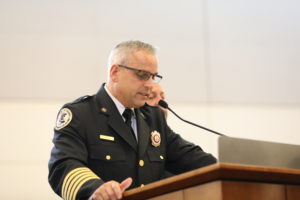 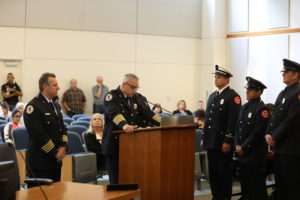 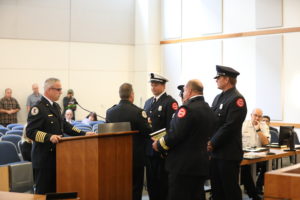 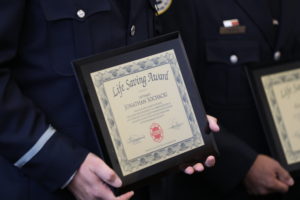 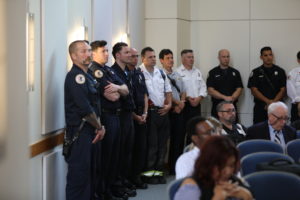 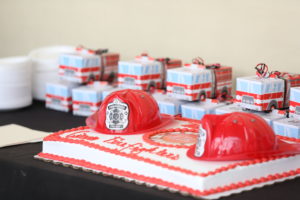 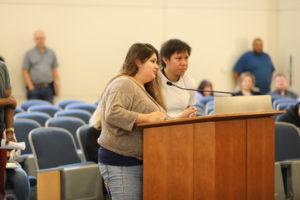 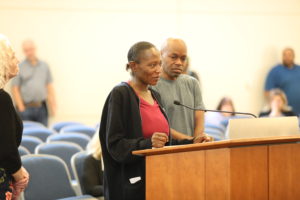 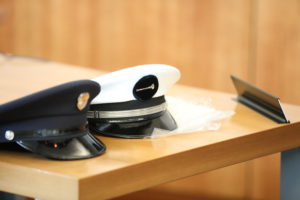 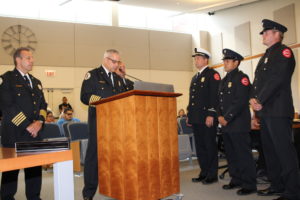 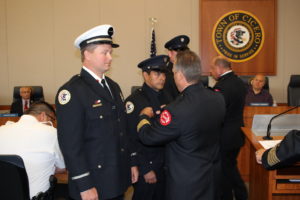 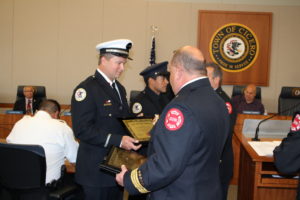 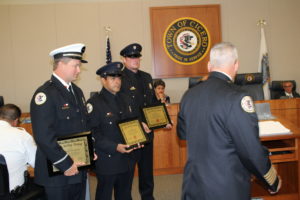 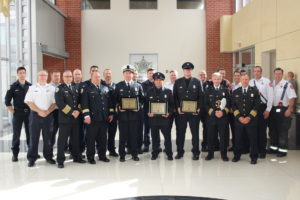 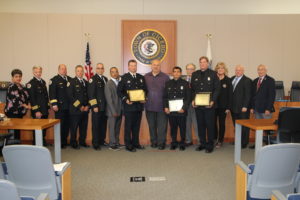