On the heels of the 50th anniversary of Dr. Martin Luther King, Jr.’s assassination, Cicero’s youth and adults joined together to commemorate his legacy during a special ceremony. Held at Cicero’s Community Center, the Jan. 11 event featured students from Wilson School and J. S. Morton High School District 201 discussing the impact King has had in their lives and the lives of millions of Americans.

Kasumba “Kal” Lwanga, a member of Morton 201’s Board of Education, emceed the event while Cicero’s Chaplain Ismael Vargas provided the invocation.

“The legacy of Dr. King spans far beyond the work he did for African-Americans in the 1960s but for all Americans from that day forward,” Lwanga said. “We can see the impact he has had in our lives right here in Cicero, in our schools, and in this Community Center.”

King’s work in the 1950s and 1960s revolved around integration for all Americans, marching to end segregation, orchestrating boycotts and working to eliminate the “separate-but-equal” doctrine. His efforts began to shift towards eradicating poverty before his assassination in April 1968 in Memphis.

The fifth-grade students from Wilson took turns reading from the podium, bridging the gap between older Americans who remember King’s direct impact on civil rights and those who have enjoyed his work and witness the work still left to do.

“We must continue to work to ensure Dr. King’s work continues with each new generation,” said Town President Larry Dominick. “Witnessing the reverence these kids have for Dr. King lets me know we will not forget what happened in the sixties and that they will make sure to continue to live the words that ‘all men are created equal.'” 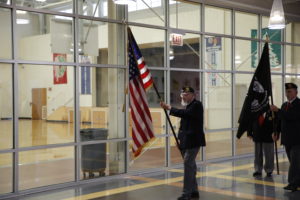 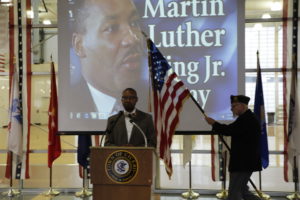 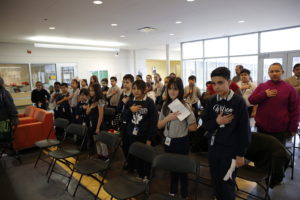 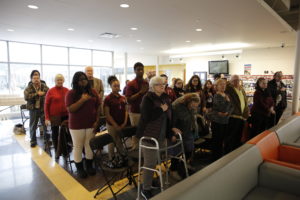 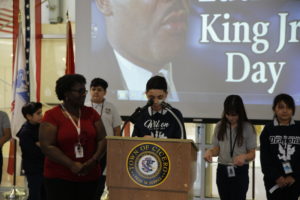 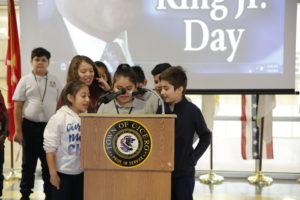 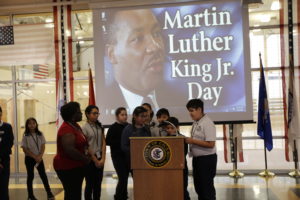 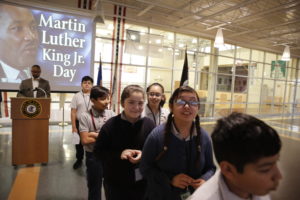 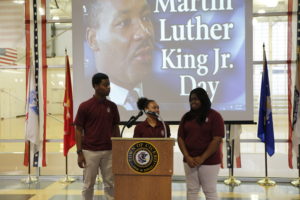