A Cicero firefighter who was hospitalized after inhaling heated smoke while fighting a fire in the Town of Cicero Saturday was released from the hospital on Monday in good health, Cicero officials said.

Ted Polashek was ventilating a roof when he collapsed and was rushed to a hospital. He was taken to MacNeal Hospital and later to Lutheran General Hospital where he was intubated and treated.

The cause of the home fire at 2112 61st Court is still under investigation. None of the home residents were injured and all were safely escorted about of the burning two-story building.

Polashek, a 20-plus year veteran firefighter, was working on ventilating the roof during the home fire when he was overcome by the smoke and super-heated gases. 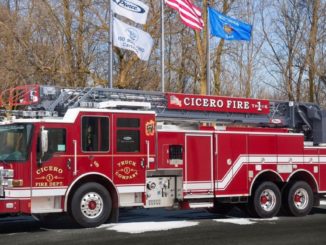