The Town of Cicero hosted a commemoration in memory of the men and women who were killed on December 7, 1941 during the Japanese attack on Pearl Harbor in Hawaii that launched World War II for Americans.

The keynote speaker was Brian White, the Lead Teacher for Social Science at Morton East High School, who discussed the significance of Pearl Harbor on America, noting that event jettisoned America as the leader of the Free World.

The Pearl Harbor Memorial, which is held every year, in Cicero, recognized the sacrifices of all Americans but also notes the sacrifice of one soldier, Cicero resident Joseph Philip Steffan, the 32 year old son of Anna and Philip Steffan, who had enlisted to serve in the U.S. Navy.

Steffan was serving on the U.S.S. Arizona when it was struck by a devastating aerial bomb killing him and thousands of other soldiers on the ship.

The U.S.S. Arizona was docked at Pearl Harbor in Oahu, Hawaii when the Japanese bombers swarmed out of the early morning sunrise. During the attack, one of the planes dropped a 1,760-pound bomb that hit the ship’s forward ammunition magazines which exploded and sent the ship to the bottom of the harbor at 8:06 am that morning killing 1,177 crew members.

The Steffan family lived in the Town of Cicero at 1816 S. 60th Court with his parents. Cicero has a unique display honoring Steffan’s sacrifice including a metal segment of the U.S.S. Arizona, and memorabilia from what President Franklin Delano Roosevelt called “a day that will live in infamy” on Dec. 8, 1941.

Students from Cicero DIstrict 99 and Morton High School District 201 participated in the commemoration offering their own words on the importance of remembering the date.

Mr. Michael Rhol – 6th Grade Teacher at Cicero District 99 brought in his Cicero East 6th Grade Home Room who read a “Pledge” to remember Pearl Harbor and artifacts given to them by the U.S. Navy at Pearl Harbor which they in turn presented to the Town to add to its Pearl Harbor historical display in the Community Center. Cicero. Also, Cicero East students who made a presentation included Yoxsaly Nunez, Violette Sotelo and Jasmine Villegas.

Click here to view the video of the event. 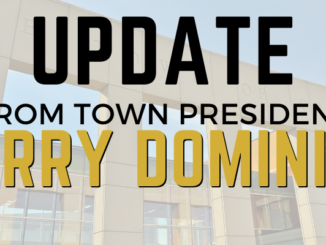 Cicero CURFEW IS LIFTED as of Monday June 8 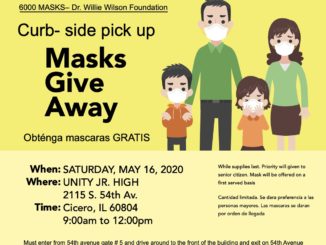 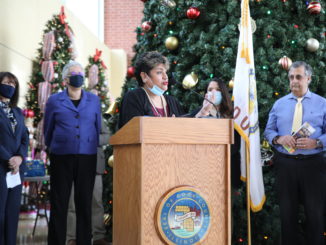