Click here to view the video of the meeting.

Cicero residents and the Town of Cicero Board saluted President Larry Dominick on Tuesday, May 10, which marks the 17-year anniversary of when he was first sworn in as Town President.

Dominick, who is the longest serving President in Cicero’s history, was praised for bringing in new programs to help Seniors, the disabled, families and children, and also for his fight to confront street gang violence making Cicero one of the region’s safest communities.

“I grew up in Cicero since 1960 and I worked with the Town since 1970. I want to thank the board for all their heard work. They are the reason why I am so successful,” Dominick said.

“There are a lot of great people in the Town of Cicero and we try to do a lot for the seniors, and the kids. We have four carnivals a year and I give out 4,000 wrist bands so the kids can enjoy the carnivals for free. I don’t think any other town does that. I always try to be different than any other town”

Dominick credited many people with supporting him when he ran including Attorney Michael Del Galdo, Bob Porod and “so many others.”

Officials praised Dominick for the expansive programs that the Cicero Senior Center and Senior Services provide to the town’s senior community.

“One of my greatest achievements was the animal shelter because we used to have the dogs in a garage with no heat, no air conditioning, and no running water and it was pretty sad. So, when I became president the first thing I did was to get the animals a place to live,” Dominick said.

“I want to thank the Police Department, the Fire Department and all of the departments in the town because you are only as good as they are. I appreciate all the hard work they do.”

Maria Punzo-Arias, a former Trustee who Dominick nominated as the Town’s first Latina Clerk in 2011, praised Dominick for “bringing everyone together regardless of political party” making concern for the Town of Cicero the priority.

“I have always admired the way Larry has handled himself as Town president. Back in the days you were either a Republican or a Democrat. And God forbid if you were a Republican and you hung around with Democrats,” Punzo-Arias said.

“That was a big no no. So, when I started talking to Larry, I said hey Larry you know there are a lot of people in my precinct … I was trying to explain to him that there was a lot of good and bad in everything, Democrats and Republicans. The one thing I remember was when he said you know what, I support anyone who supports the Town of Cicero.” 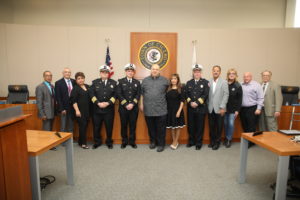 Punzo-Arias added, “It is a pleasure working alongside of you and alongside with the members of the board.”

Supervisor Joe Virruso praised Dominick for his focus on making Cicero’s neighborhoods safe noting that the difference between today and before he came to office is striking.

“You just have to look at one location, 34th and Laramie. It’s a beautiful park. Trees. Walking paths. Years ago, it was a factory. … Filthy. Pollution. Just that one event is magical. And with the Police Department the gangs were all over. I grew up in Grant Works and it was a pretty rough neighborhood. There were shootings, right around my house. The Police Department today does a fantastic job.

“You have that magical line (border) between Chicago and Cicero, The street gangs today don’t want to come to Cicero. They are afraid to come to Cicero, the gangs. It is a big plus for all the residents in Cicero. The Services for seniors and for Cicero and you can go on and on and on about what has been done to make the community great and safer. Larry, you are the greatest.”

Today, under new leadership since 2005, the Town of Cicero is on a new path under the innovative leadership of Town President Larry Dominick.

Dominick’s vision has resulted in ground-up action and tangible results to improve the lives and well-being of Cicero residents, emphasizing programs for children, senior citizens and people with disabilities. President Dominick, with the support of the Town of Cicero Board of Trustees, is reversing the crime rate, expanding a new vibrant business environment and strengthening a healthy family and senior community base.

Since President Dominick’s election in 2005, Cicero has expanded recreational opportunities for Cicero youth, increased employment opportunities within the community, and improved the efficient delivery of essential Town services.

Cicero was named one of the Nation’s Top 20 Safest Cities by the National Realtors group, HouseHunt.com in 2011 and 2013. That safety record has continued through this past year, 2020.

President Dominick has achieved the goal of creating a safe environment for Cicero’s 90,000 residents, families and businesses. That achievement is the result of a broad program that includes expanding services while creating a public engagement program of festivals, activities and services.

Despite the onset of the COVID-19 pandemic and the restrictions involved, the Town of Cicero has managed to continue the same high level of public service, police and fire response, and services to seniors, families, our youth and schools, and to those with special needs.

Town Government services are managed through a new Town Hall complex that was constructed within two years of his election. The Town Hall complex not only includes a government center, but also a Community Center that serves as the hub for family, youth and senior activities. The Community Center includes a gymnasium, classrooms, computer learning labs, meeting rooms and auditorium in which Town programs celebrating Cicero’s rich ethnic diversity are held.

Officials cited the many businesses that relocated to Cicero and brought more jobs for the residents.

By improving safety in the Town, Dominick created a magnet for new business development, attracting dozens of new retail and industrial developments including attracting several major retailers. Among them are: 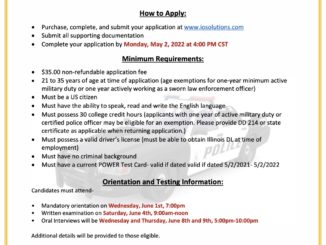 Cicero invites applicants for position on the Police Department 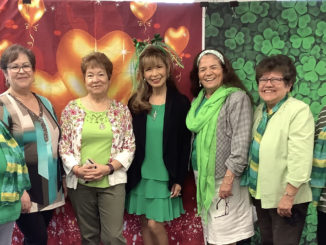 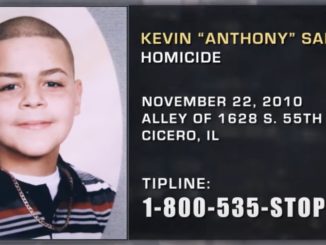 Police continue to search for suspects in Kevin Sanders killing